Three decades after returning home from the adventure that made him famous, the legendary dwarf treasure hunter O’balin Undur has gone missing. Many have presumed O’balin to be dead, including his old friend Bindle, the aged and worn mayor of Mountainside Village. After receiving an urgent letter addressed specifically to him, Bindle sneaks out of town to visit the home of an old friend. There he is greeted by a surprising guest who claims to have seen O’balin alive, searching for a mysterious stone called the Summoner’s Gem. Middle-aged and tired, but still craving adventure, Bindle leaves behind his home and family and embarks on a quest to find his long-lost friend.
Along the way Bindle forms lasting friendships, travels to new and strange places, and finds himself face to face with a wizard in an encounter that will forever change his life.
Experience adventure, suspense, and even laughs in the epic follow-up to J. Edwards Holt’s Little Men, Big Treasures. 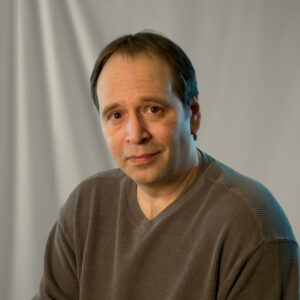 When James R. Willoughby, III was in college, he created copy and did production work at the campus radio station. There he learned from a communication student whom, in the 90s, went on to be a program manager of a radio station that was voted the number one classic rock station in the country for three consecutive years. Years later when he was a project manager of an electrical contractor, he made some radio ads for them. Later he did the same for my own electrical contracting business.
He has recently built a sound booth for recording. It is lined on the inside with 2 ½” acoustical foam and lined on the outside with mass loaded vinyl. He currently owns a Rode NT1 mic and a Focusrite Scarlett 2i2 preamp.

One thought on “Audiobook Series Tour: The Summoner’s Gem by J. Edwards Holt”