Colton Stone is a newly traded tight end, whose reputation is as battered as his football helmet. When he receives a vacation invitation from his new teammates, he throws old habits and caution to the wind and accepts. There he collides with Dr. Lillian Morgan, a pediatric cardiovascular surgeon, and his world unravels.

A widow with two children, Lilly is looking forward to her friends’ wedding. When she meets Colton Stone, his arrogant attitude only makes her long for the love she once took for granted. Lilly struggles between letting go of her perfect past for an uncertain and daring future.

Strange events begin to occur, out of the realm of normal consciousness which has the duo believing something more sinister is at play. When black energy touches their world, Colt and Lilly become the pawns of the immortal Greek gods. Is the love developing between them natural, or part of a larger prophecy?

Jeny Heckman is the award-winning Paranormal and Fantasy Romance author of the Heaven & Earth series. Since her series debut in 2018, Jeny has captured the imagination and inspired the journey of readers worldwide.

Volume one, the Sea Archer, received the esteemed, “Best in Category” award from the 2018 Chanticleer International Book Awards for Paranormal Romance. Two years later, the Warrior’s Progeny also won “Best in Category” from the Chanticleer International Book Awards for the Fantasy Romance genre, as well as earned the Crown Heart of Excellence from InD’Tale magazine. Her standalone Women’s Fiction novel, entitled Releasing the Catch, was a finalist in the Feathered Quill awards, likewise received in 2020.

Jeny loves working with her charities, which include Hospice of the Northwest, the Michael J. Fox Parkinson’s Foundation, the Seattle Children’s Hospital and the American Cancer Society. Jeny lives in the Pacific Northwest with her husband of over twenty-eight years.

Kat Bohn’s business – quite simply – is “sound.”  From bass to bellows, New Jersey based performing artist Kat Bohn has spent the last few years performing on legendary stages such as the Gramercy NYC, the NorVA, WXPN’s World Cafe in Philadelphia, and more, and continues to immerse herself in recording. Though 2020 put a halt to stage life, she has enjoyed many successes throughout the year, including being awarded Penned Con’s Most Addictive Audiobook, and receiving local critical acclaim for her original band Resilient’s “Take Two” 2020 EP, for which the band made several music videos in lieu of a live release event. Kat recently narrated award winning sci-fi series the Survival Trilogy by TJ and ML Wolf, and continues to record various musical and voice over projects from her ever expanding home studio. This past year she has taken up the xylophone, and has been doing a lot of vocal experimentation as well.  Never far from a microphone or an instrument, Kat is always ready to play, and enjoys her life as an adult child. 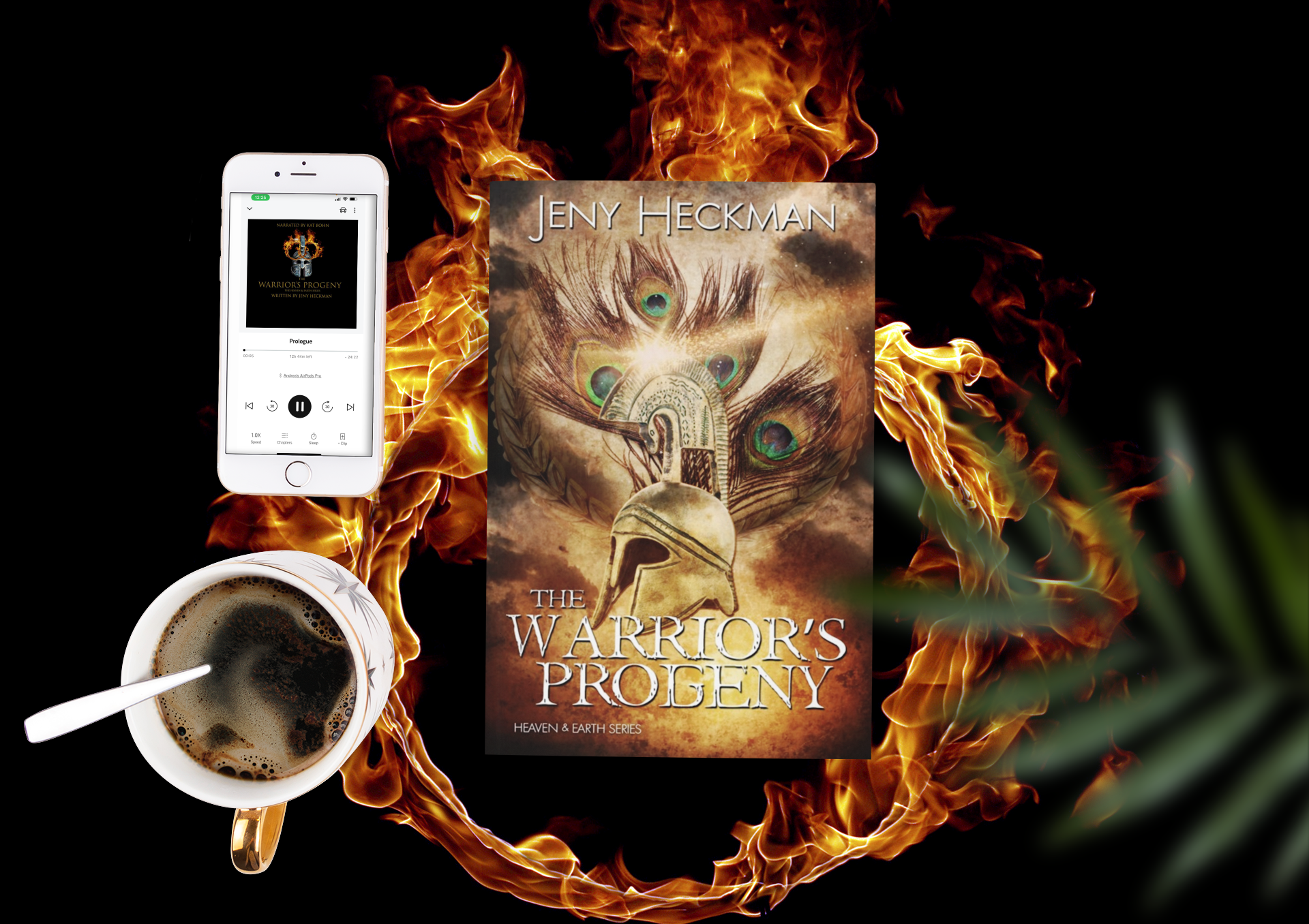 2 thoughts on “Audiobook Tour: The Warrior’s Progeny by Jeny Heckman”