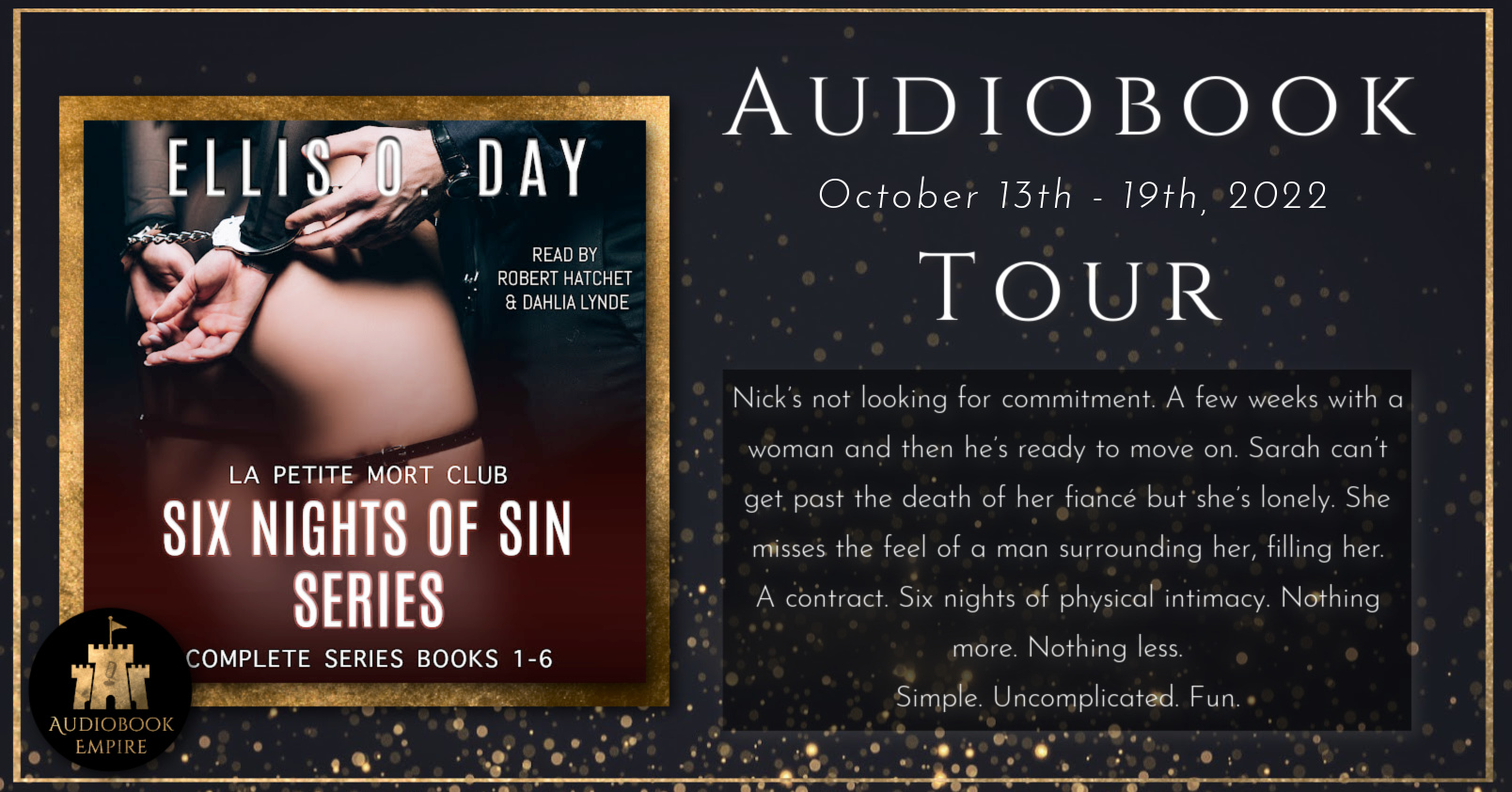 Whatever he wants, she’ll try.

Whatever she wants, he’ll submit.

Nick’s not looking for commitment. A few weeks with a woman and then he’s ready to move on.

Sarah can’t get past the death of her fiancé but she’s lonely. She misses the feel of a man surrounding her, filling her.

But she didn’t expect Nick to be sweet and sexy and he never expected to want more.

When the contract is over will either of them be able to walk away?

Ellis O. Day loves romance—the steamier the better. She writes steamy, contemporary romantic comedies about the hot men of La Petite Mort Club and the women who drive them crazy. She believes that the cornerstones of all great romantic relationships are love and friendship, trust, attraction and fabulous sex.  Her stories contain all of these (especially the fabulous sex).

At Audiobook Empire, audio reigns supreme, narrators are hailed as heroes, and headphones are worn with pride.

Marrying pomp and circumstance with quality you can count on, Audiobook Empire is a full-service production house that produces and promotes audiobooks with gusto.

Give your audiobook the imperial treatment by producing it with Audiobook Empire.